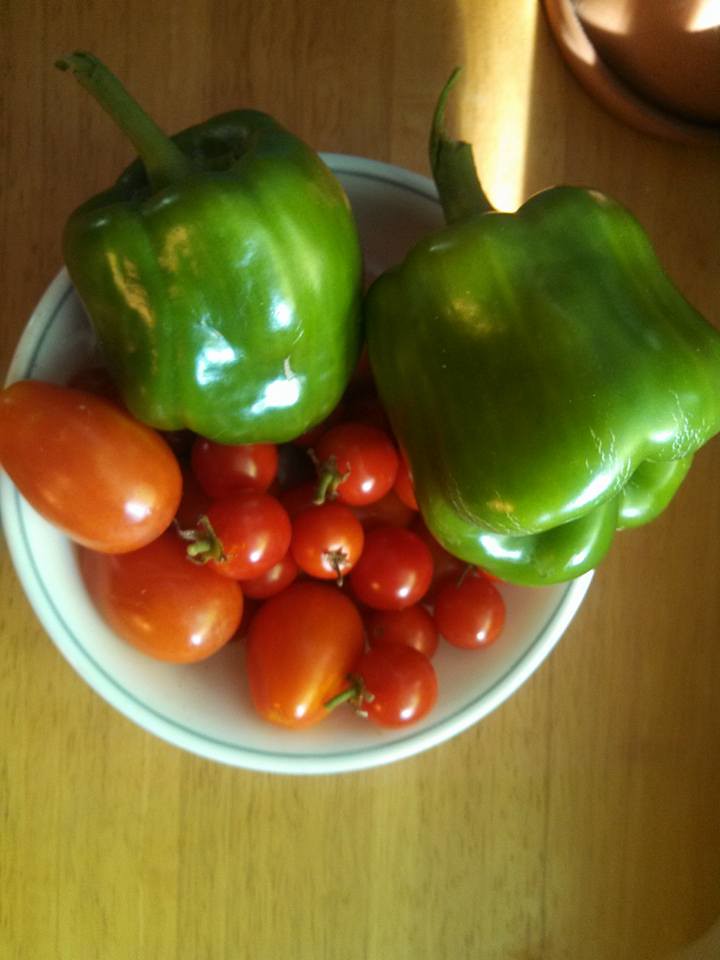 Our vegetable garden (in southern Maryland) is doing its usual August thing of putting out cherry and Roma tomatoes on an almost production-line level, plus one or two peppers every week. We have a couple of raised beds, which is good enough for our 2-person family size. I've lost a lot of the Roma and most of the full-sized tomatoes so far to cracking, which I suspect is because we had a long stretch where it rained or thunderstormed every day, then the last few weeks has had barely any rain at all, and AFAIK that combo is a big contributor to cracking even with the timed irrigation watering system we use.

The lettuce was coming up gangbusters when we were getting a lot of rain, but then just started to tail off and bolt when a groundhog visited and decimated it; we have a couple of old apple trees which are having good years, so we think it was attracted by fallen apples and decided to diversify its diet while it was at it. My squash was also heavily chewed sometime in the past week, I'm suspecting the same fellow. But, on the plus side the leeks are doing very well, and there's a rogue watermelon that sprang up from my experiment last year at growing a small globe variety (but too seedy for my tastes), so we may get an unintentional watermelon or two this year as well.

I'm also trying South African gem squash in three different places, so far so good (they're still too small to make good. I'm hoping I'll get something off of those before the first freeze. 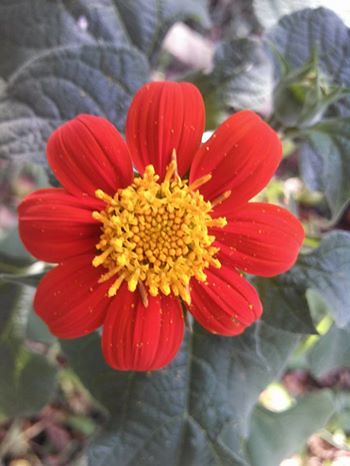 Finally, this is a Cosmos bipinnatus, its the first flower to come up in a new butterfly garden that I seeded in the spring. I'd worried that the whole bed had been taken over by weeds without any flowers coming up, but this is a hopeful sign.

Crossposted from http://tagryn.dreamwidth.org/232523.html where there are